Taxes have been the main source of revenue for kingdoms, empires and countries since time immemorial. Some of the oldest text in the history of governance talk of taxation in some form or the other. Back then taxation was limited to revenues earned within the domain of the ruler; today we call it Domestic taxation. However, after the Industrial Revolution, trade across borders increased significantly. The various economic theories on international trade lead to countries specializing in producing goods and products in which they had competitive advantage. A country that did not have the competitive advantage in certain goods, obviously imported from a country that had that advantage. And so everyone stood to gain.

But international trade gave rise to various tax issues. These stem mainly from the Source Rule or the Residence Rule of taxation. These rules seem to have been inherited from ancient times as well.

According to the Source Rule, if a business earns income from a source in a country, that country has the sovereign right to tax the income. The rulers of yore ensured that the caravans that entered their territory from outside, to sell their wares, paid the taxes before they returned. This probably is the genesis of the source rule and maybe customs duty as well.

Under the Residence Rule, all earnings of tax residents of a country are subject to tax in that country. In ancient times, anyone who grew produce in the territory of a ruler, paid a tax on his produce. Somewhere along the way the definition of “all earnings” extended to global earnings and that’s the way it stands today.

At present, the tax laws in most countries, barring a few, follow a combination of the Source Rule and the Residence Rule.

As international trade increased in the world, the first conflict in taxation surfaced. This was the obvious conflict between the Source Rule and the Residence Rule. This is explained with the help of an example as follows:

Clearly no prudent business would like to engage in cross border trade in such a scenario. Countries stood to lose essential tax revenue as a result of this double taxation. It became imperative for the countries to enter intoAgreements for the Avoidance of Double taxation to resolve this issue of double taxation.

Countries engaged in International trade therefore began negotiations for the Agreement for Avoidance of Double taxation or DTAA’s as they are often called. The negotiations were mainly bilateral since the economic and trade relations between two countries are specific to those countries. However, to aid in the negotiations and to standardize the formats of the agreements, Model DTAA’s and Conventions were developed.

The United Nations developed a UN Model Convention with the aim of assisting developing countries in their negotiations with the developed countries. The Organization for Economic Cooperation and Development (OECD), developed its own Model Conventionto assist the developed countries. The USA, as a primary trade partner to most countries, set out her position as a US Model. Each of the Models has its own commentaries which explain the provisions of the Model. While all the Models contain similar provisions, there are certain important differences. We will discuss these in a later article. The models do not carry the force of law but act as guidance for governments and in the interpretation of DTAAs.

Using these Models as starting points in their bilateral negotiations countries sought to avoid the problem of double taxation by:

The DTAAs helped in overcoming the big stumbling block to successful international trade.

The bilateral DTAAs, while principally following the various Models, deviated from them in the language and terms used. These obviously were specific to the negotiations at hand. The end result was a plethora of similar DTAA’s but with significant deviations in some cases. Large Multinational Companies sought to take advantage of these deviations and engaged teams to look into maximizing the benefits of the “treaty network”. The profession of International Tax Specialists was born. The role of the International tax specialist is to find legitimate means of avoiding tax in higher tax territories. They do this inter alia, by locating holding companies in low tax jurisdictions with a favorable treaty network resulting in base erosion and profit shifting, commonly referred to as BEPS by the tax authorities.

Governments around the world caught wind of these techniques, also known as “treaty shopping” and sought to prevent this through various anti-avoidance measures. The US tax laws have imposed anti-avoidance measures such as transfer pricing, controlled foreign corporation rules, thin capitalization rules, and a limitation of benefit clause in its DTAAs. Yet the loss of revenue continues.

Overtime the way business is done has also changed. The digitization of business processes and e-commerce have resulted in tech companies being able to take advantage of loopholes in the domestic tax provisions of countries, and in the language of the various DTAA’s. It is pertinent to note that tax provisions and DTAAs are meant to address tax issues relating to the traditional brick and mortar businesses rather than the newer digital commerce. It will take the tax authorities sometime to check the leakage they face due to digital commerce.

To minimize the negative impact of BEPS, the OECD’s Committee on Fiscal Affairs developed 15 Action Plans and in November 2015 these were endorsed by the OECD Council and leaders of the G20 Countries.

Very briefly, these action plans are as follows:

The action plan seeks to address the challenges and difficulties posed by the digital economy in the application of the existing rules of international taxation.

Seeks to develop model treaty provisions and general recommendations for domestic rules relating to transparency of entities, dual residency and the application of methods for eliminating double taxation.

General recommendations to strengthen the rules relating to the taxation of Controlled foreign corporations.

A common approach based on best practices to prevent base erosion through payment of higher interest in financing intra-group companies.

Recommends changes in the definition of a permanent establishment to avoid its creation through a Commissionaire structure, specific activity exemption or splitting of contracts.

Guidance to assure that transfer pricing outcomes are in line with value creation in intangibles, risks and capital, and other high risk transactions.

Same as in Action plan 8

Same as in Action Plan 8

Methodologies to collect and analyze data on BEPS and action to address the issues arising.

Revised guidance on country-by- country reporting to enhance transparency about the Multinational.

Develops solutions to address the obstacles to resolving disputes between tax authorities under the Mutual Agreement Procedure, and includes arbitration as an option for dispute resolution.

Provides an analysis of the legal issues related to the development of a multilateral instrument to enable the streamlining of the implementation of BEPS issues.

Most of the Action Plans can be implemented through changes made in the domestic tax law of a country. However Action Plan 2 (Neutralizing the effect of hybrid mismatch arrangements), 6 (Prevention of Treaty Abuse), 7 (Permanent Establishment status), and 14 (Mutual Agreement Procedure) required a multilateral agreement for implementation. This resulted in the creation of the Multilateral Instrument formally known as “Multilateral Convention to implement tax treaty related measures to prevent Base Erosion and Profit Shifting”.

Disclaimer: This Article is for information only and readers are advised to seek professional advice before acting upon the information provided herein 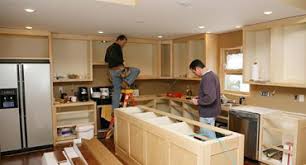 What You Need to Consider When Looking for a Kitchen Remodeling Professional
Do you feel like it is time for you to change what your kitchen looks like? If you do not like the appearance of the kitchen you can always find a good kitchen remodeling contractor to help you improve what your kitchen looks like. Here are some things to consider when hiring such a professional.

Do Your Research
Research is not exactly easy. When researching you have to spend some time online looking at the different options available. Even though this can be time-consuming it is worth it once you realize how important it is when searching for a service provider. If you have never hired the kind of service provider you are looking for before, being aware of some of the different options that you have can make things easier for you. Once you get your options, come up with a list of at least six service providers that you are willing to consider.

Their Location
Secondly, you will need to consider where the kitchen renovation service providers are located. Since you cannot hire all the service providers on your list at once, you will need to eliminate some of them. Looking at where each one is located can help you narrow down your options. It is good if you only focus on service providers that are in your local area. By doing this, you will realize that accessing their offices is easier. In addition to this, if you need to find out about their reputation, you can easily find people within your area that you can ask.

Ask Around
If you have no idea about where to begin, you can always start by asking for recommendations. You will be surprised at the number of people that have hired the same company you are thinking of hiring. Recommendations are meant to guide you. It is easier to search for a service provider when you have the names of some of the best ones near you. Ask your family, friends and even colleagues to recommend before you settle on a specific one. Be sure to ask what they liked the most about the service provider they are recommending.

Look at Experience
You should always focus on hiring a kitchen renovation service provider that has enough experience. Experience is gained through years of providing the same service. In addition to this, the right kind of training guarantees experience as well. Make sure that the service provider you are hiring knows what they are doing. Moreover, if possible look for someone that has been providing the same service for a significant period.

The Quality of Services
Lastly, if you are going to spend your hard-earned money on a service, you have to make sure that it is a high-quality service. you should not settle on a service provider that does not understand the significance of providing services that give value for money. You can easily find out the quality to expect when you go through online reviews.

The 4 Most Unanswered Questions about

What Almost No One Knows About